It’s highly unlikely that we will ever be returning to the classic days of Saints Row. The ‘press A to accelerate‘ days, the ‘call in a taxi‘ days. Those of you hoping for a PC remaster will likely be waiting forever since there just isn’t a strong enough incentive for volition to put any amount of manpower towards porting an early 7th generation open world game for a small audience of PC players. Granted, they could beef the game up with new features and make it a bit more marketable for today’s gamer, but in the long run it would be nothing more than a side step for the company. They wanna keep their focus on the AAA games market which is why they outsourced GooH. After all it’s probably a shit ton easier for volition to outsource and market a quick new add-on title like Gat out of Hell than it would be for them to whip up a working SR1 PC port. The development of Saints Row wasn’t easy, in fact it’s kind of amazing the game functions properly at all. For volition to pick up the pieces of a 10 year old title, they’d have to be 100% sure it would make a profit, and the data for them to predict that just isn’t there. While I’m happy to hear so many new SR fans would like to experience the old SR days, there would need to be about 50,000 or more gamers actively supporting the idea for it to ever happen. Even though us SR fans are sheepishly loyal to volition, we’re still in small numbers and so often inactive. Makes me cri tbh.

So there’s never gonna be a Saints Row 1 remaster, now what!? 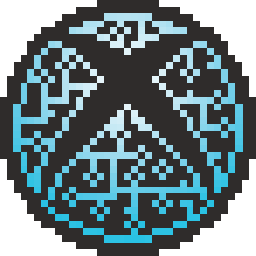 Xenia is an Xbox 360 emulator, and if you have a decent computer and access to a copy of Saints Row 1, then you’ll be able to experience SR1 on the PC!!!

… in glorious 5 FPS with frequent crashes..

Yes, sadly the technology just isn’t there yet, but it’s coming. As I’m writing this, the Xenia team just released an update and in this latest version (Build 3.20.2017), I’ve noticed that the crashes aren’t as frequent and the gameplay seems smoother than before. if you want to give Xenia a try with the saints row 1 demo, I suggest you check out my tutorial on how to set up Xenia. Maybe it’ll be enough to satisfy your curiosity, but when all else fails, you could probably find a cheap $50 xbox on craigslist and then buy SR1 on amazon for like $8 bucks:  Saints Row (Platinum Hits)

I’ll probably have a video out soon where I go just a little more in-depth on this topic, see u then. xoxoxo

Saints Row 1 – Out of Bounds

The Hidden Genius of Neil Breen